22 club members headed off to Mallorca for a week’s cycling at the end of April. They flew from Leeds/Bradford airport on 22 April 2017. 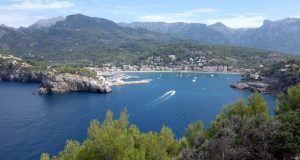 They were based in an hotel just outside of Port de Pollenca in the north east corner of the island. There were a series of day rides which took in some of the iconic locations on the island including the Cape Formentor peninsular, Luc Monastery and the infamous Sa Calobra. They also enjoyed sampling many of the bars and cafes!

At the moment small groups meet on Tuesday’s  and Thursday’s.  The meeting place, from 30 March 2021, is by the cricket ground in Queens Park – there is plenty of room here for small groups to socially distance. The set off time is approx 9.30.  These are not official, or planned, club rides. Please read the attached COVID guidelines before riding.

The rides (max group size of 6 – these are not official club rides) begin at Baslow with an 11am start. Please read the attached COVID guidance before riding.

Sunday rides start by the Cricket Pavilion in Queen’s Park throughout the year – 10 am start, unless otherwise stated. We are now riding in small groups with a maximum of 6 riders – these are not official club rides. Please read the attached COVID guidance before riding.