The club has a number of types of Ride Events such as the Spring and Autumn Rides, tours to various parts of the country which range from a few days to a week and our Car Assist Rides. Examples of such events are shown below. 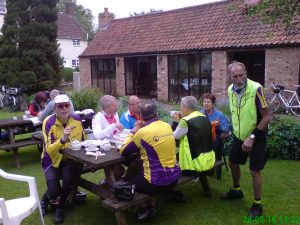 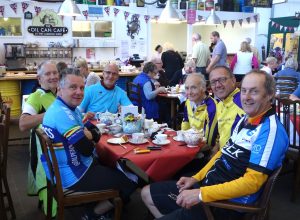 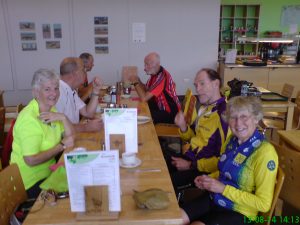 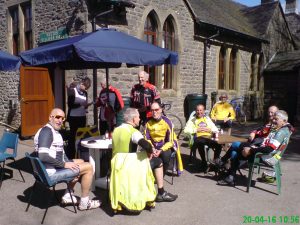 The Freewheel event was held on Wednesday 12 July 2017. It started at Shillito Woods car park at 19:00 on a warm, wind free evening and 13 riders enjoyed the fun but not the gnats.  Carl won the event by travelling 2 metres further than the closest rival. The majority of riders then enjoyed a meal at The Royal Oak at Old Brampton.Thanks to Mick Hardwick and Peter Brown who organised the event.

There were quite a number of tours last year to and around places such Leomister, Milton Keynes,The National Forest stopping off at Meriden, Sherringham YHA and a week-end away at the Hartington YHA, to name a few. 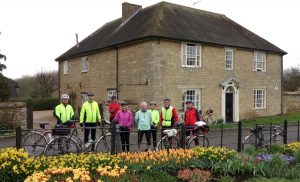 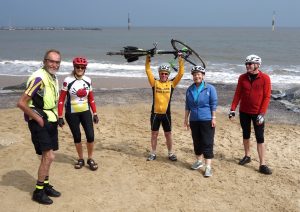 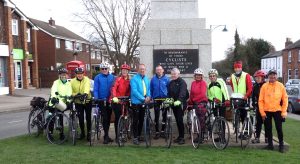 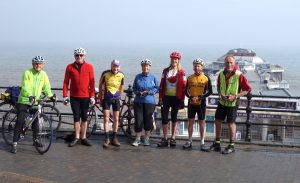 The first tour this year (2017) was centred around Streatley on Thames Youth Hostel and ran from Sunday 28 May until Friday 2 June. The hostel was set in the delightful Berkshire countryside and offered super cycling and walking. The tour passed through beautiful villages and quiet lanes in a part of England that a cyclist might not consider visiting. The magestic city of Oxford was nearby as well as the magnificent Windsor Castle and park and also the White horse at Uffington.

Ride to White Horse at Uffington 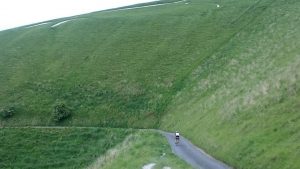 The Blowing Stone near Kingston Lisle 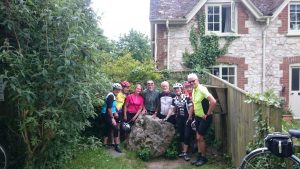